A few photos in sexy kitten outfit, on a not-so-hot rooftop.

> Back to the galleries

Table of contents show
1 My tail: the Dogbud
2 A sexy kitty, not an acrobat!
3 Exhib and the risk of being spotted

For the tail, we used the Dogbud, a butt plug made for pet play by Rosebuds.

Well, technically, this sextoy is more shaped like a dog tail than a cat’s one. But let’s not quibble…

A sexy kitty, not an acrobat!

When we were shooting those photos, I started to realize that keeping balance, on all fours, on a wall, was way scarier than it seemed.

Despite my sexy kitten outfit, I was not equipped with a feline sense of balance. Due to a lack of whiskers, probably. But we went for sexy kitty, not hairy tomcat.

I came away with a few light bruises on the knees, because I gripped the wall too firmly, afraid to fall. Don’t worry tho, nothing serious, and it was worth it!

Exhib and the risk of being spotted

We also have been very alert about anyone who might arrive in the middle of the shoot.

Admittedly, we did do all that in the night, and the risk was low. But let’s be honest, that would have been really embarrassing to have to explain what was going on with me, perched on the wall, naked butt and with tail plug!

Contrary to a more “conventional” outdoor exhib, getting dressed up again very fast would have been a tiny bit complex. But the silence allowed us to be sure no one was coming.

What do you think of these photos ? Do not hesitate to leave a comment. 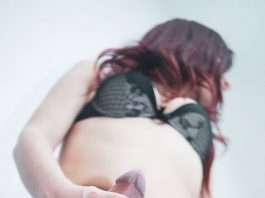 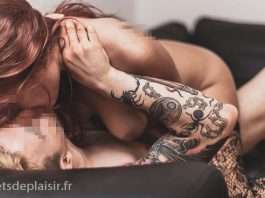 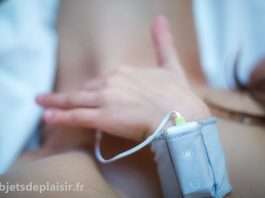 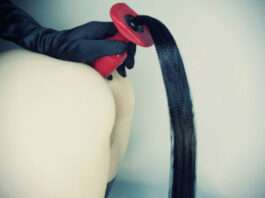